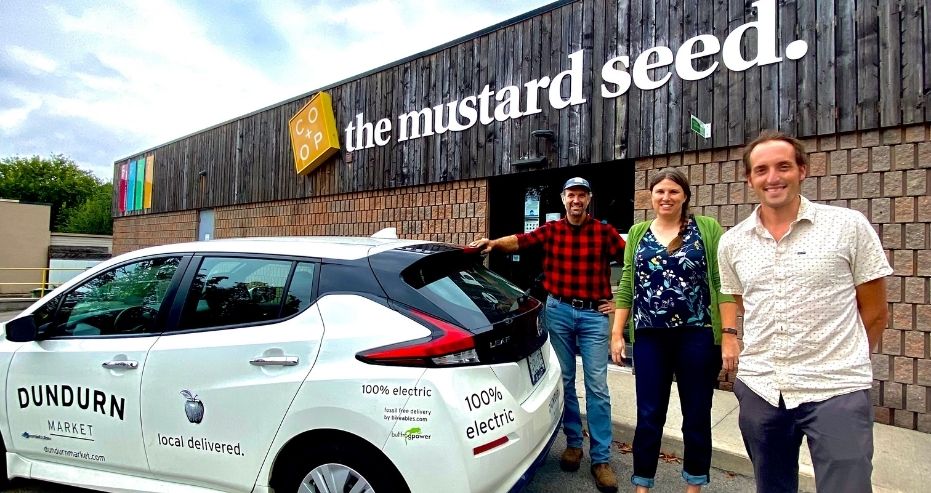 Hamilton, On.- Dundurn Market, with financial support from key founding members of the original Mustard Seed, have come together to launch a new “food hub” style market that will aim to support local farmers and food producers.  The new venture shares many of the same founding principles of the former Mustard Seed and will aim to collaborate with hundreds of local vendors via the revamped retail store and Dundurn Market’s online store.

Emma and Graham Cubbitt, founding members of the Mustard Seed, first approached Roger & Justin Abbiss, owners of Dundurn Market shortly after The Mustard Seed Board announced bankruptcy.  “We are very excited to support Dundurn Market in this initiative.  Their values align so well with what we'd hoped to achieve originally with the Mustard Seed.”  Said Emma Cubbitt.

“They support many of the same vendors that the Mustard Seed was supporting.  This new initiative will allow them to double the amount of local vendors they are already buying from, resulting in a broader positive impact on the local food economy.”  Added Graham.

“We are so excited to take this next big step and carry on the important work the Mustard Seed was doing.  The support of Emma & Graham, along with other key community partners that are passionate about the local food system means a lot to our team!” Explained Roger Abbiss, co-founder of Dundurn Market.  “The space will allow us to carry 2-3x the amount of products we currently carry in-store and online, will provide much needed space for our in-demand home delivery program and allow for further growth.  We have experienced significant demand over the past year.  We are literally running out of space here at Dundurn, and this will allow our team to operate more efficiently.”  Added Justin Abbiss, Dundurn Market Co-founder.

Dundurn Market plans to launch a community-driven crowdfunding campaign in the coming weeks to help fuel these further growth plans.  More details on that to follow.

More info on this can be found through the following media outlets:

This delivery truck is empty!

We Don't Deliver To Your Area

We Deliver To Your Area

To create your account and begin placing orders click continue. Or you can return to the market to browse our products.

Choose the distance you want to search for a pickup location:

Would you like to remove this recurring item from just this delivery or all future deliveries?

There is no Checkout or Submit button to finalize your delivery. These items will be delivered unless removed. Enjoy!

We Don't Deliver To Your Area